Agate is a cryptocrystalline variety of silica, chiefly chalcedony, characterised by its fineness of grain and brightness of color.
Cryptocrystalline means that the mineral crystals are so fine that they are only vaguely seen in patterns and fine variations.
Name:The name is derived from its occurrence at the Achates River in southwestern Sicily.A distinctly banded fibrous chalcedony. Originally reported from Dirillo river (Achates river), Acate, Ragusa Province, Sicily, Italy.
Where found:
Most agates occur as nodules in volcanic rocks or ancient lavas, in former cavities produced by volatiles in the original molten mass, which were then filled, wholly or partially, by siliceous matter deposited in regular layers upon the walls. Agate has also been known to fill veins or cracks in volcanic or altered rock underlain by granitic intrusive masses. Such agates, when cut transversely, exhibit a succession of parallel lines, often of extreme tenuity, giving a banded appearance to the section. Such stones are known as banded agate, riband agate and striped agate.
Many agates are hollow, since deposition has not proceeded far enough to fill the cavity, and in such cases the last deposit commonly consists of drusy quartz, sometimes amethystine, having the apices of the crystals directed towards the free space so as to form a crystal-lined cavity or geode.
Note: Agate is not simply “banded chalcedony.” There are other types of chalcedony that are banded that do not match the description above, banded flint, for example.
There are a number of varieties of chalcedony that are called “agate” that do not match the definition given above. Good examples are “feather agates” and “fire agates“. These are listed as varieties of chalcedony, not as varieties of agate.
Two characteristic types of banding can be distinguished in agates:
1. Wall-lining Banding. The individual bands run perpendicular to the orientation and growth direction of the chalcedony fibers. Since the chalcedony fibers grow from the walls to the interior of a cavity, a concentric, onion-like pattern develops.
2. Horizontal Banding (also called Uruguay-type banding). This type of banding is less common, and usually accompanied by wall-lining banding. The banding consists of fine, irregularly spaced layers of small chalcedony spherulites and sometimes quartz crystals that precipitated in the cavity. Horizontal bands can serve as spirit levels to determine the original orientation of the specimen in the host rock. When the difference in translucency or color between the layers is pronounced, agates with horizontal banding can be used for cutting cameos and engravings. 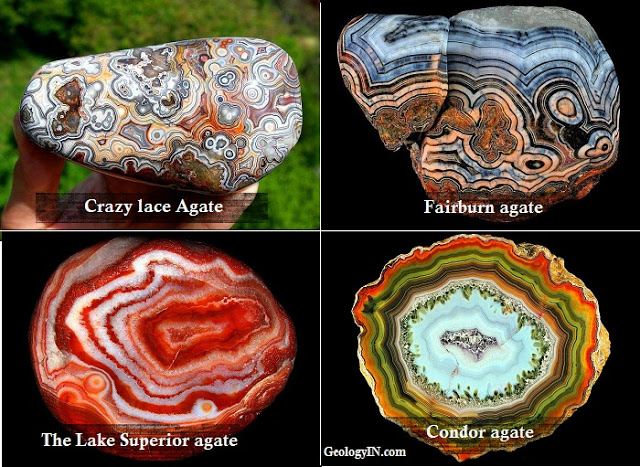 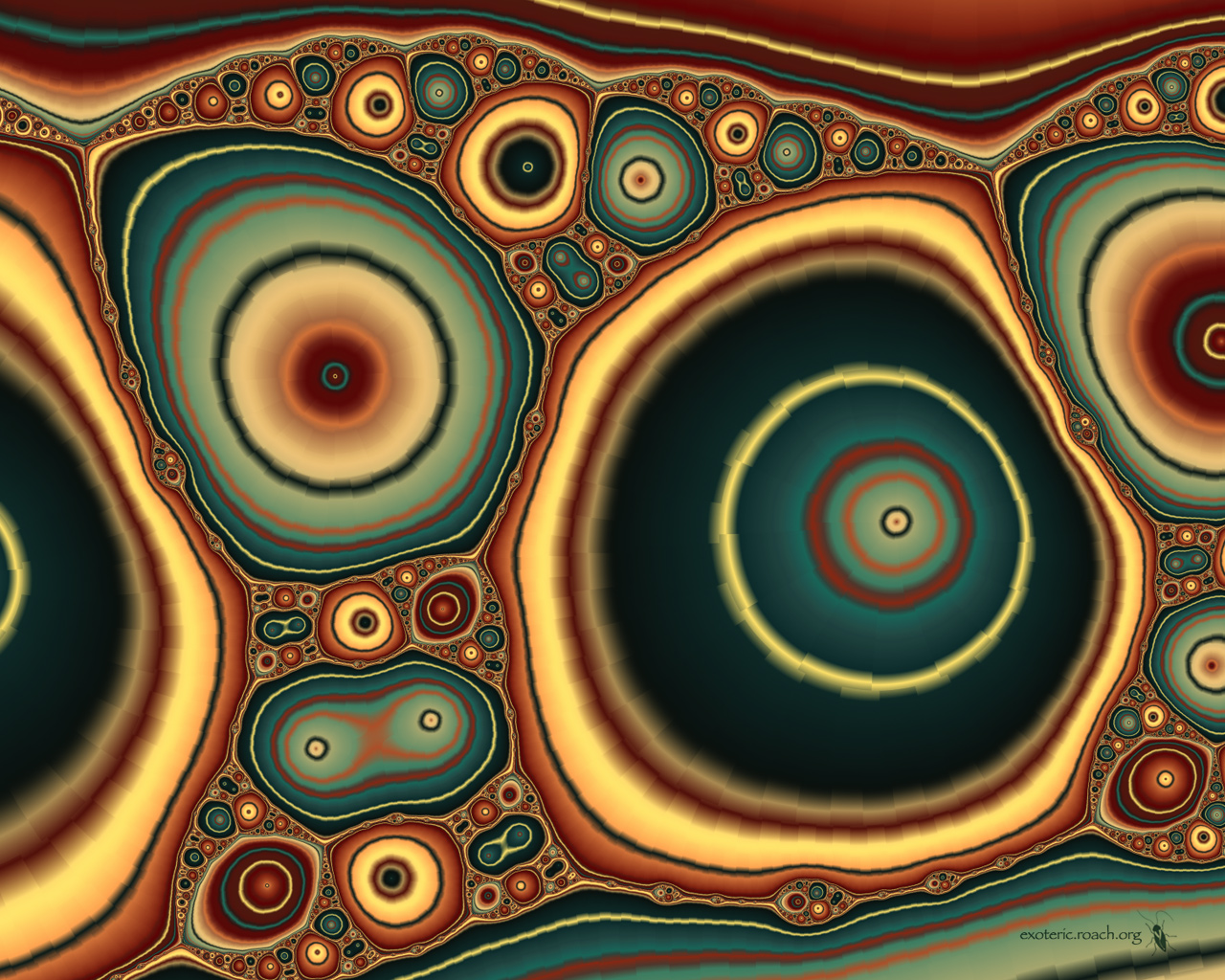 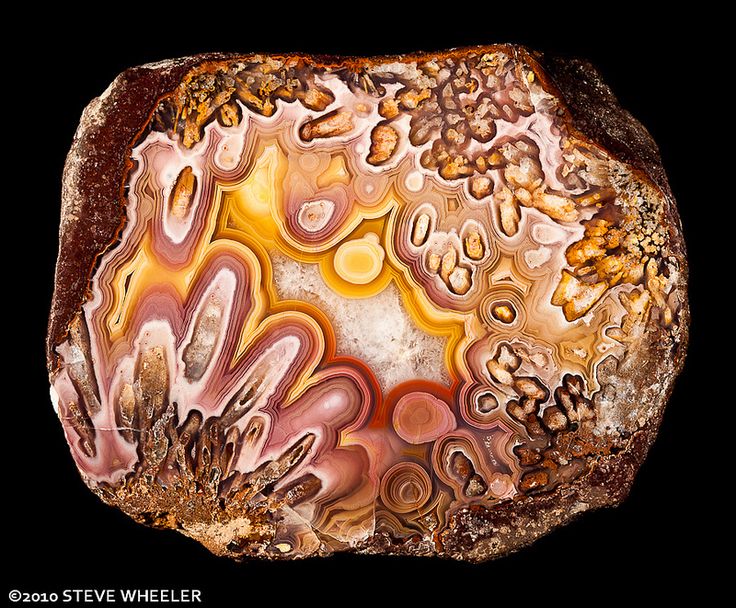